We live by our black belt creed: modesty, courtesy, integrity, perseverance, self control, and indomitable spirit. 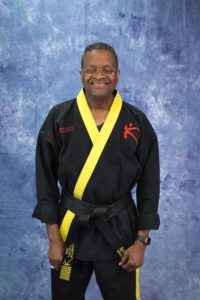 Grand Master Robert Lewis is the owner and founder of 5280 Karate Academy with branches in Lakewood and Westminster, Colorado. He was introduced to the martial arts in 1985, when one of his daughters was being bullied in the first grade. After about 18 months of watching class he decided to join with his two girls. In 1998, he began to seriously adhere to training and studying the martial arts, and was particularly drawn to the mental and spiritual aspects of the training. However, like most people with a passion of owning their own business, he found himself embracing the idea of owning his own martial art school. He approached Stephen Oliver about opening his own martial arts school; he opened the door to make that happen. He is both proud and deeply honored to have been given the opportunity to open his own martial arts school in the affiliation with Mile High Karate. The goal was to bring the beauty of the martial arts to his community and those who choose to step on the path of his instruction. “We grew very quickly and were very successful,” he says. He teaches martial arts to students in after-school programs in Lakewood, Littleton, Denver, and Englewood, Colorado. This caused a huge influx of young children and adults to join the martial arts. Robert “Master” Lewis is a 10th Degree Black Belt, he has trained with such notable martial artists including: Joe Lewis, Grand Master Jhoon Rhee, Grand Master Stephen Oliver, Grand Master Jeff Smith, Grand Master John Chung, and Superfoot Wallace. In addition to Roberts’s achievements in the martial arts world, he served two years in the Military; he also received his B.A. in Business Management from Wiley College, B.B.A. in Personnel Management from the University of Texas, and his M.B.A. from Regis University. Master Lewis teaches today out of the pure love he has for the martial arts, as well as the joy and satisfaction he receives from the students he works with. 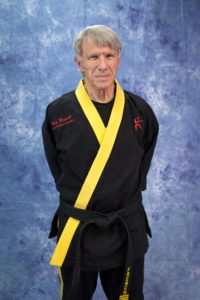 Grand Master Ron French is a 9th Degree Master Instructor. He received his 1st Degree Black Belt on November 4, 1995 where he was training with Stephen Oliver’s Mile High Karate. His training included: NASKA judge, Prepcycle Coordinator, and a CDT Master Instructor. He also trained with David Cox in Jujitsu and Knife Defense and stick fighting. Grand Master French served on the board Westwood College in the Criminal Justice Program. Since 1970 he has been working in the Civilian Law Enforcement. His duties include: Police officer for the City of Chicago, Sheriff Department for Jefferson County, and is currently working for the Department of Corrections for the last 23 years. 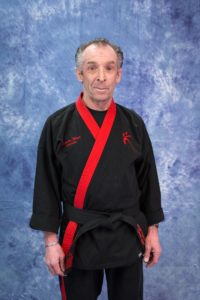 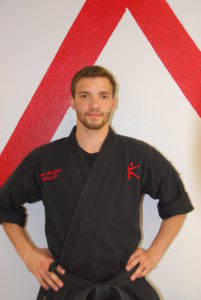 Master Devin Arkfeld started training in Taekwondo in 2002 at eight years old, when he saw a flyer on his elementary school’s news bulletin. With 18 years of experience, most of which he has been instructing, Master Arkfeld is a 5th Degree Black Belt. Alongside his training in Taekwondo, Master Arkfeld has explored other martial arts for several years, concentrating on Matayoshi Kobudo and Capoeira. Accustomed to the goal-setting and hard work required to attain the rank of Black Belt, he has also achieved the highest rank Boy Scouting has to offer – Eagle Scout. Master Arkfeld recently graduated college with a 4.0 GPA in environmental engineering. Master Arkfeld is also a nunchuku ninja. 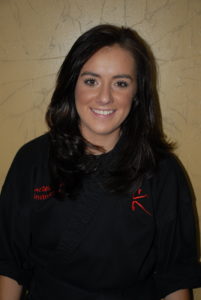 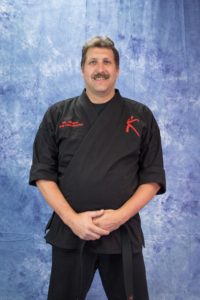 Mr. Scott Fitterer is a 4th degree black belt and the Prep Cycle Director. He and his daughter have done martial arts together and received each rank together.

Miss Taylor Fitterer is a 4th Degree Black Belt and started martial arts when she was 9 years old through an after school program. About 6 months later, her father joined and they trained together side by sider ever since. After receiving her 1st Degree Black Belt in April 2010, she took 2 years off due to an injury. Her and her father have continued to train together ever since. Outside of martial arts, she loves to spend her time with family, friends, doing anything outdoors, and listening to music.

Ms. Helena Dempsey is a 4th degree black belt instructor. She has been in Martial Arts for 14 years, and started when she was 7. She says karate has helped her become more confident in herself, and that she would not be who she is today without it. She likes hanging out with her friends and family. She watches movies and tv shows in her free time.

Mr. Ciaran Dempsey is a 4th degree black belt instructor at our Westminster location. He has been doing Martial Arts for 14 years, along with his sister. Outside of the studio he loves to work out, and he loves to spar!

Mr. Austen Alves is a 3rd degree black belt instructor. Mr. Alves started training at 7 years old and is currently a 3rd degree black belt at 20 years old. In addition to 5280 he will also be training in CU Boulders World Taekwondo Federation (WTF) club, of which he attends for aerospace engineering and astrophysics as an undergraduate. At the moment, he’s exploring and adapting to many avenues of life such as growing himself as a person or indulging in old and new hobbies, but still has a dedication to stay committed to taekwondo. After coming back from a longer than anticipated break, he doesn’t plan to leave or breakaway any time soon. Upon returning he wishes to be more involved in the school, yet he is also trying to find the balance between the sport and his studies. Regardless, he is glad he’s back and can’t wait for what might come down the road in his Martial Arts career.

Mr. Preston Waller is a 3rd degree black belt instructor. He started training at 5 years old. He enjoys being outside, and he likes to mountain bike and snowboard.

Mr. Seth Rosene is a 2nd degree black belt. He is the head instructor at the Lakewood studio and Martial Arts has been his passion for the last ten years. He was 10 years old when he first started and plans on continuing until his body doesn’t allow it. He loves teaching everyone and hopes to run a studio of his own some day!

Ms. Avery Grosh is a certified second degree black belt. She started learning Taekwondo when she was 6 years old. She completed the instructor training program in 2019 and is a current instructor at 5280 karate. In her free time she loves to hang out with her friends, her brother, and her dogs.

Mrs. Jamie Warburton is an instructor at 5280 karate academy.

Ms. Danielle Brooks-Cordova is a 2nd degree black belt instructor. She started martial arts when she was 8 years old in 2015. She’s participated in many tournaments and she grew to love competing. She likes to listen to music, and hang out with her bestfriend Erin.

Mr. Silva is a 2nd degree black belt instructor. He started training in 2014 at 6 years old. When he was going up in the ranks he was very hyperactive. Now he is a very calm instructor. He enjoys running and cooking in his free time.

Ms. Erin O’Rourke is a 2nd degree black belt instructor. She started when she was 7 in 2015. She was introduced to Martial Arts by an after school program. She loves to spar and always works to get better. In her free time she enjoys hanging out with her family and her best friend Danielle!